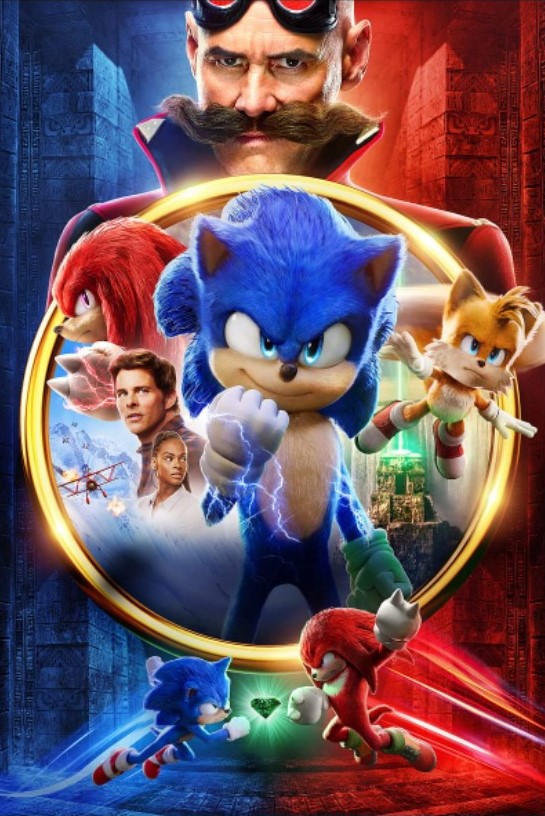 This review may contain spoilers

Genuinely, one of the better video game movies.

One of the major disappointments in the world of movies is the lack of decent adaptations of video games into movies. I’ve seen the word “curse” thrown around for years because the attempts are okay at best and atrocious at worst.

So far they’ve done well except for a faux pas early on with character design. They risked the ire of the fandom with their original version of the Sonic CGI character which was literal nightmare fuel because they tried to make it look too realistic, whereas with the redo they went a little more with the original game character look. Good choice!

I grew up with Sonic from the day we got our first game console (A SEGA Genesis) when I was a kid. The game and the stories have always held a special place in my heart even though I haven’t kept up with newer incarnations of the games over the years. Suffice to say, I was pretty pleased with the first movie and now with the second even more pleased.

These are obviously kids movies, but not the kind that some Hollywood producers make where they think kids are stupid and they can throw any old crap at the screen and make big bucks. These movies, while obviously catered to kids, are smart, funny and full of heart. I appreciate the effort they put into creating genuinely good films regardless of what franchise they came from.

In Sonic 2 they continued with Jim Carrey’s Robotnik and added in Knuckles, voiced by Idris Elba. Honestly, that had to be some of the best casting, but Idris Elba in any role is good casting, in my humblest of opinions. They also added Tails, my favorite of the characters from the original games. It was a good movie full of the same, but maybe a little more refined, versions of the smart, funny and full of heart. I really loved the character growth between Sonic and James Marsden’s character.

There was a part of the movie that literally had nothing to do with the Sonic story outside of these movies that I absolutely loved, and it involved a wedding between two side characters. Completely ridiculous but genuinely funny.

The final battle at the end was something else and was so wonderfully reminiscent of the terror I recall from the boss fights in the games. The moment Sonic went all yellow and glowed I wanted to jump out of my seat in excitement! I honestly felt like a kid again watching this movie and I was so pleased that they brought me back to my childhood. About as much as I could ask for on a beloved franchise turned movie.

The mid-credit scene tells me all I need to know about them intending on a third in the franchise, but if you want to know what I saw, you ought to just go see the movie! I totally recommend it especially if you grew up with the games or are trying to strong-arm your children into loving the characters.

3 – I would be happy to watch it again! Might even seek it out on purpose.

4 – I will watch it again, multiple times, before the year is out.

5 – I will watch it multiple times and attempt to coerce my friends (and random strangers) into seeing it too.

+ 💿 if I plan to buy the physical media.

Might as well just call her winter storm destruction.
Chapter 4 releases Wed morning!
베이글 (bae i geul)
Got my first review back on Entropy from someone not involved in the editing process!! Color me stoked. Thanks to my dear friend @fendergemini for reading! If you too would like to experience this cliffhanger I've got copies if you've got time!
Pillow thieves!!!